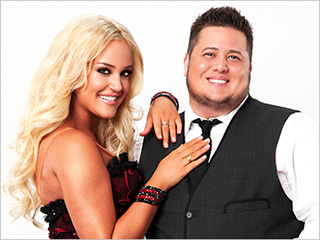 Holding the broad tent of identities that are a part of the BUTCH Voices community has not always been an easy task, but one that we value highly.  Conversations across identity – gender, race, sexuality, ability, class, background, and size – are key components in creating spaces that are not only diverse, but also welcoming, accepting, and conducive to positive change.

This season on Dancing with the Stars, NBC has added Chaz Bono to its lineup – this is the first time a transgender person has been featured on the program.  We at BUTCH Voices are near ecstatic.  We understand that Chaz being featured will not heal all hurts or solve all problems.  Still, we recognize this as step in the direction of positive visibility.  We are not alone in this belief.

Robin Tyler (butch elder, comedian and Executive Director of Equality Campaign), along with attorney Gloria Allred, and comedian/activist Belinda Carroll (long-time BUTCH Voices ally and supporter who has hosted fundraisers for BUTCH Voices in Austin in 2009 and Portland in 2011, and participated in the organizing committee for BUTCH Voices Portland in 2010) have taken a stand in support of Chaz.  They have established a Facebook page and twitter account encouraging LGBTQ folks and their allies in cities across the country to host viewing parties to show their support of Chaz.

Even as Chaz prepares to take this step and, we as a community prepare to support him, there has been incredible push back from both FOX media, and figures such as psychologist, Dr. Keith Ablow.“If you care about your kids, don’t let them watch Dancing with The Stars, starring Chaz Bono,” Ablow has blogged.

“…the last thing, vulnerable children and adolescents need, as they wrestle with the normal process of establishing their identity, is to watch a captive crowd in a studio audience applaud on cue for someone whose search for an identity, culminated with the removal of her breasts, the injection of steroids and, perhaps one day soon, the fashioning of a make-shift phallus to replace her vagina.”

We disagree.  Although Ablow defends that youth need not see this programming, we at BUTCH Voices believe that everyone needs to see it.

We are increasingly disturbed by the continuous physical and emotional abuse displayed toward and within the LGBTQI community at large.   We also understand that much of this abuse begins with no positive model or visualizations of spectrum identities in early stages of life.  It is not our intention to present Chaz as the role model for ALL trans youth and adults.  It is our intention, however, to do our best to support him as an identifiable and visible model.

Brown Boi Project – Coming Out and Self Expression workshop

Many of you remember that BUTCH Voices offered specifically youth led and youth focused programming from the Brown Boi Project at our BUTCH Voices 2011 National Conference.  This was our own step toward positive visibility.  We exist to ensure that there are many more.

WHY TAKE A STAND?

Increased youth suicides, the It Gets Better and Make It Better campaigns , intensified bullying, and most recently, the Lawrence King Murder, are examples of the extreme vacillations between positive change and negative backlash that members of the BUTCH Voices community and allied communities face as consequence of gender identity and sexual orientation.

Youth are in dire need of positive role models and reinforcements across the LGBTQI community.   We can identify these needs as reaching outside of the boundaries of trans youth or youth going through “the normal process of establishing their identity” (as stated by Ablow) and into multiple corners of butch community.

This is why BUTCH Voices— in addition to a number of other public figures and organizations including Dr. Drew, Russell Simmons, GetEQUAL, and scores of local and national BUTCH community members and allies— is placing its support behind Chaz Bono.

BUTCH Voices is also proud to add our support to the multiple viewing parties taking place, and the resulting conversations taking the topics of gender identity and sexual orientation into living rooms across the country.

Join BUTCH Voices in showing your support for Chaz and for the LGBTQ youth out there by hosting a party in your city, and as always, “Let your voice be heard.”